The final amount of financial damages made by the journalists to the state-owned news agency BelTA, will be given later. This is what Yulia Hancharova, official representative of the Investigation Committee, told BAJ.

According to Hancharova, official charges were served to 14 people.

Six journalists of TUT.BY have already been served official charges.

Some of the targets of the BELTA case do not want their names to be disclosed. 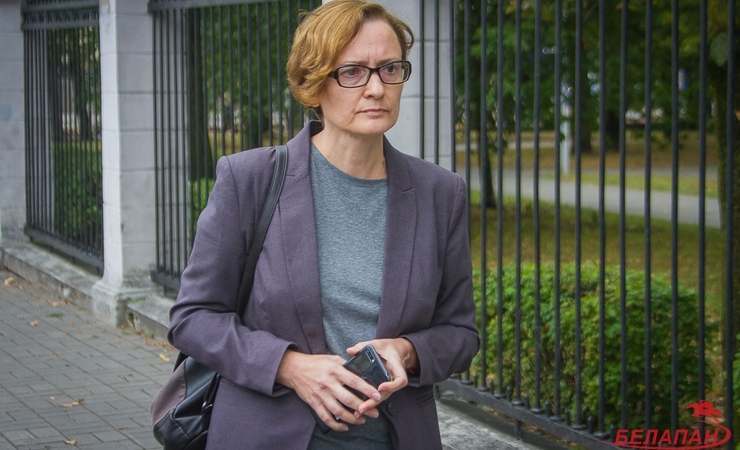 Iryna Leushyna, chief editor of BelaPAN news agency, told BAJ after questioning by the Investigative Committee that she had to pay a large amount of damages. She also got back her phonebook and notebooks that had been seized after the search.

— They served official charges. I pled not guilty and refused to answer some questions. In general,we rather had a conversation than a questioning today. Once again, I saw that the investigators were well aware of the circumstances and what was really going on. They had just been ordered to act that way.  Everyone understands everything.

BelaPAN continues to work as usual.

All journalists received claims for different amounts of damages.  Each journalist choses their own tactics.  For example, according to the Investigative Committee, Deutsche Welle reporter Pauliuk Bykouski is to repay BelTA a little more than 4,000 BYN.

Bykouski says he pled guilty and will pay the money.

"I chose to do that, this is my tactics. Certainly, I do not persuade anyone to follow my example," says the well-known journalist and media expert.

On his Facebook page, founder and co-owner TUT.BY Yury Zisser doubted that "covering damages for BelTA" would  draw the case to a close.

Also, the media business owner claims, the criminal proceedings have already brought huge losses to Belarus due to the worsening investment climate.

On August 7 the police searched TUT.BY and BelaPAN offices and arrested some journalists. The authorities detained Maryna Zolatava, chief editor of TUT.BY, TUT.BY's editors Hanna Kaltyhina, Halina Ulasik, and Hanna Yermachonak, BelaPAN's chief editor Iryna Leushyna and its commentator on international affairs Tatsiana Karavenkova, Deutsche Welle's correspondent Pauliuk Bykouski, and editor of Belorusy i Rynok website Aliaksei Zhukau. They all spent several days in Akrestsina temporary detention center. On August 27, most of the suspects were banned from leaving the country.

The journalists and editors received support from the European Union, the Council of Europe, the United States, as well as international human rights organizations.

On September 25, TUT.BY editor Dzmitry Bobryk made a statement on his Facebook page.  The journalist said, he had experienced pressure from the state representatives from the very beginning of the investigation into the “BelTA case”, who made threats of disclosing details of his personal life.