On 19 and 20 April, the European Federation of Journalists (EFJ) will be hosting a series of two webinars as part of the project “Building independent media to counter political interference” funded by Open Society Foundations. 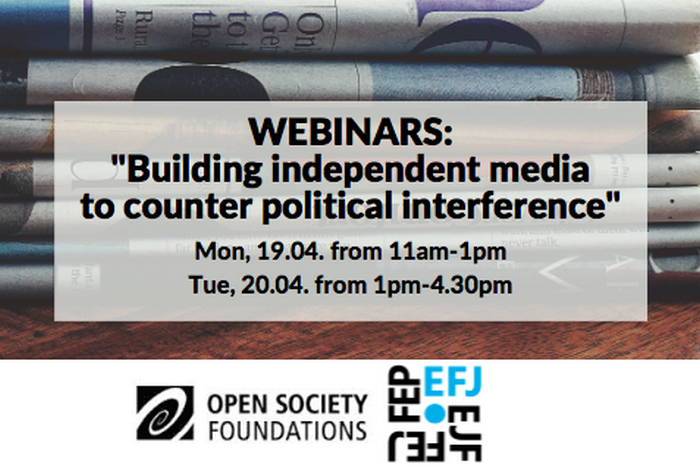 Journalists and media organisations in Europe have been facing unprecedented political pressure in recent years and especially during the Covid pandemic crisis. Such attempts may stem from politicians requesting to alter or halt the production of certain news stories to control the flow of information; smear campaigns to discredit journalists constitute another threat to media freedom; a third type of interference is through national laws such as recent Covid restrictions on media, which may prevent the dissemination of information even though that is a matter of public interest.

You may register to join the webinars on Day 1 here and on Day 2 here.

Introduction and Moderation: to be confirmed, OSCE Representative on Freedom of the Media

Moderator: to be confirmed